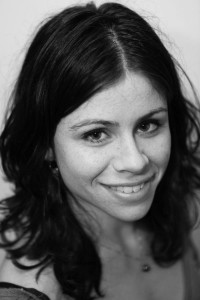 From the Lac-St-Jean, Émilie started dancing at Le Prisme Culturel school. She then went to Winnipeg to pursue her studies at the Royal Winnipeg Ballet school before settling in Montreal, where she continued her formation at Divertimento Ballet school and through some intensive workshops. Émilie became apprentice with Louise Bédard Danse company for the creation of Enfin vous zestes. She then worked for various dance projects with choreographers Valerie Buddle, Gibson Muriva, l’Opéra de Québec and l’Opéra Lyra Ottawa. She joins Jose Navas/Compagnie Flak in February 2010 and presents the works of the company in Québec city, Ottawa, in Belgium, Germany and Holland and participated to ORA, a dance-video with ONF. Since 2007, she is also interpreter for VirtuoDanse company of choreographer Ghislaine Doté. In parallel to her dance career, Émilie teaches in few dance schools in Montreal and at Lac-St-Jean.