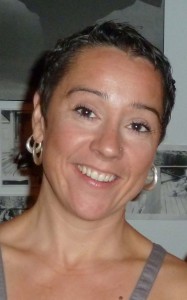 Lily Lapierre is at the same time a colourful choreographer, interpreter and professor. Her unusual journey brings her at first to the obtaining of a diploma in Biochemistry, then to commit in studies in dance at UQÀM where she obtains the diploma in dance creation profil. She pursues then her formation in New York in modern dance at the Limòn Institute. In Montreal, her home-base, she carries out several training classes in various styles such as Contact Improvisation with Lisa Nelson and AHHA Productions (Andrew de Lotbinière Harwood, Marc Boivin, Peter Binham) in January 2005 and 2006 andNancy Stark Smith in November 2007. She is a choreographer of around ten works presented in Quebec, Montreal and New York (Temtation, And then you go…, Paperace-carapace, Volontiers, I will).

Since September, 2007 she is a founder and co-director of Fleur d’asphalte, dance and creation studio.

In 2008, she is certified by the school Satyam as professor of hatha yoga. At the same time, Lily teaches group classes of conditioning since 2007. Soaking in the universe of her mother’s family day care for more than 20 years, Lily developed an ease of approach with the children and the parents. To complete her formation, she did a training course in pre and post natal yoga with Dr Bernadette de Gasquet in January 2011. She’s also the mother of Tom.

Her classes are secure and playful thanks to her knowledge of the body, her personality and her personalized teaching.