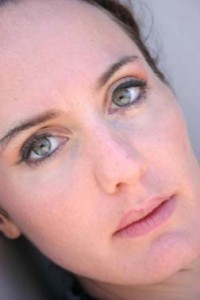 Marjolayne Auger is working in the extensive field of dance and performance. She has shown her work in Mexico, Cuba, United-States, Armenia, Turkey, Europe and Canada. She has a diversified expertise in the field of performing arts, having worked in many artistic disciplines, like in theatre, contemporary dance and argentine tango. She has studied theatre at Cégep Lionel-Groulx and completed a bachelor in dance from UQAM. In 2008, she relocated herself in New York to get specialized in modern dance. Then, she discovered the Suzuki method of acting and the Viewpoints according to Anne Bogart, studying with the Siti Company. After this experience, she decides to increase the range of knowledge to physical theatre and completed a master degree at the Accademia Teatro Dimitri in Switzerland. During her studies she will study kalari, Grotowski method, Minako Seiki’s Dancing in Between method and Mary Overlie’s floorbar and Viewpoints. Besides  this physical training she is introduced to various feedback methods, which she is using now to develop a positivist way of writing reviews aiming to give dramaturgical support. Marjolayne Auger is an artist which aims to always to overpass her limits, to depeen her knowledge regarding as much the technical, the aesthetical than the philosophical aspect.